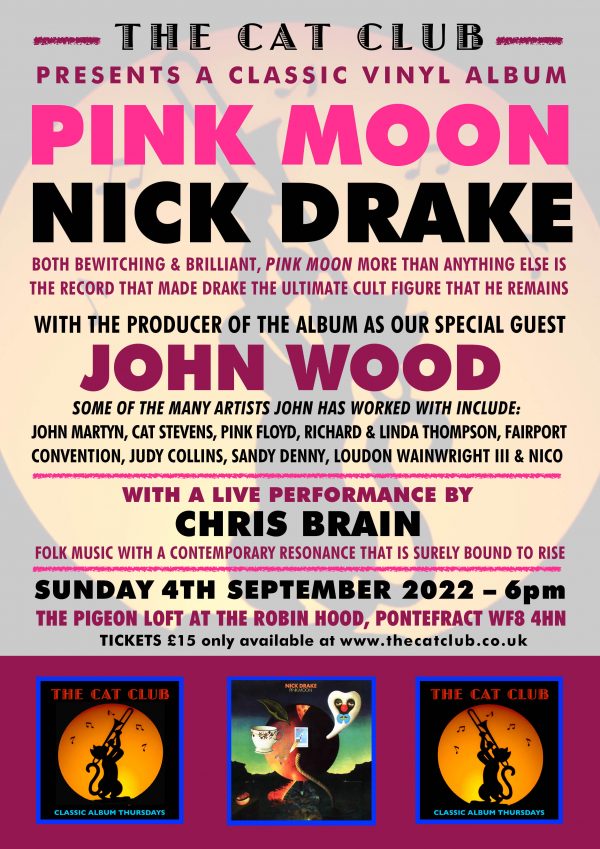 After two albums that were financial failures, and darkness brewing from long stints of isolation, folk singer Nick Drake returned to the studio to record his third and final album, Pink Moon. Often noted as Drake’s pinnacle work, Pink Moon is a testament to the tortured and unappreciated artist.

It’s comparatively more bare than his previous efforts, and discusses themes of loneliness, self-loathing, and Drake’s infamous depression (which later lead to his demise). Despite this, the songs are mystical and offer a sort of daydream effect, allowing the listener to escape to faraway beaches or the deep wilderness and fall into a meditative state.

We are delighted that the album’s producer, JOHN WOOD, makes a welcome return to The CAT Club as our very special guest.

No use of mobile phones permitted during this event.