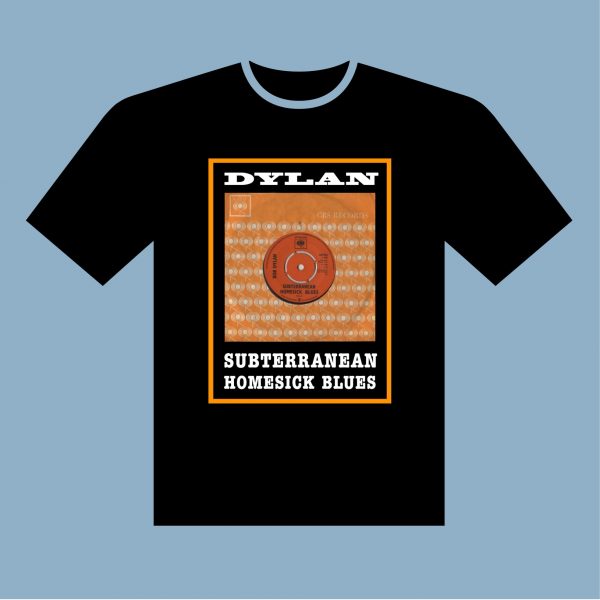 Subterranean Homesick Blues was the lead track on Dylan’s 1965 album Bringing It All Back Home. The single version was a UK top ten hit. It was influenced by Chuck Berry’s Too Much Monkey Business, which in turn influenced Elvis Costello’s Pump It Up (“It’s how rock and roll works. You take the broken pieces of another thrill and make a brand new toy. That’s what I did”).

Jack Kerouac’s novel, The Subterraneans inspired the title. The promo film for Subterranean Homesick Blues is one of the most influential visual offerings of its kind in the history of popular music.